The inn was started around 1790. As many other secluded ryokan in Japan (including Yunishigawa, another of our favorite), it was established by descendants of the survivors of the Heike family who flew away from Kyoto avec losing the war against the Genji, at the end of the 12th century. Guests arrive at Lamp no Yado by a small road through the forest, before reaching a parking lot on the top of a cliff. The ryokan is just below, facing the sea. The path leading to the ryokan is very steep, but offers a stunning view on the whole ryokan. Eyes will immediately be attracted by the bright, blue pool along which are built several small houses - the most expensive rooms of the ryokan. A little further is the main building, were most of the rooms are located.

Even though it was a sunny day, we were surprised by the darkness of the place: most of the walls are painted in black, and so is the wood. The surrounding cliffs have the same color, while the sea itself is scattered with black rocks, especially at low tide. And again, the blue pool contrasts deeply with the rest of the scene. This emphasizes the wildness of the Japan sea. Our room was a nice 9-tatami one, on the second floor, with a balcony offering a great view on the Japan sea and... the pool. The walls were white, but the wooden ceiling had the characteristic black color of that place. The toilets were a little cramped, and so was the place assigned to the mini-bathroom (there was no bath nor shower in the room). But the furnitures were beautiful. The futon, for example, were extremely comfortable, and the covers were of the highest quality. 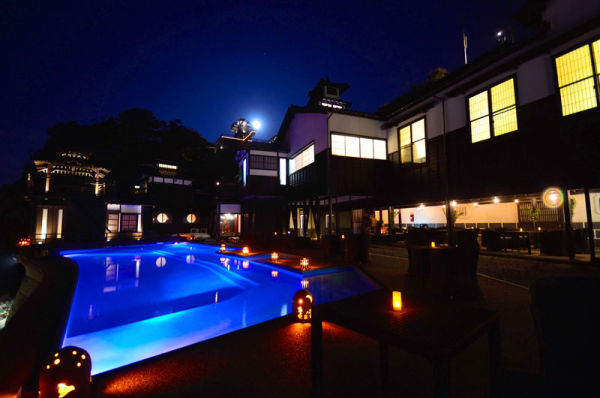 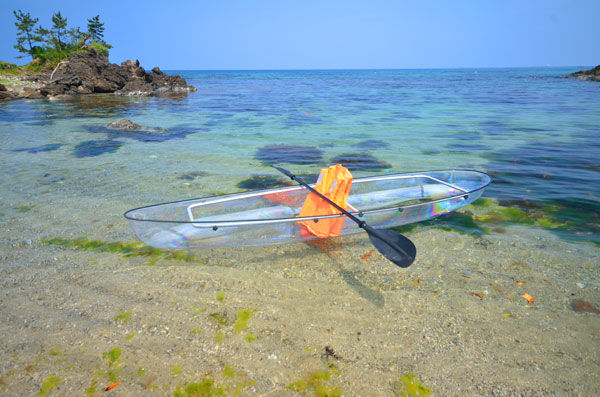 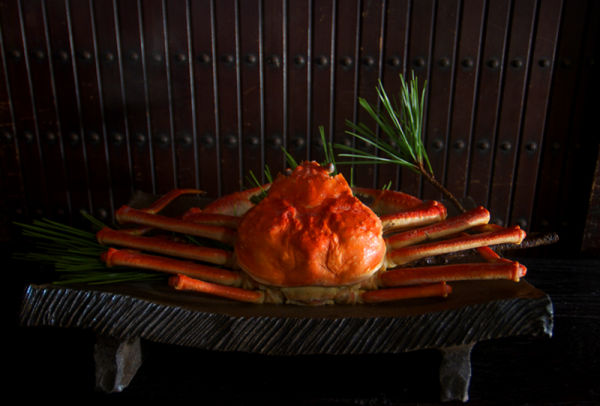 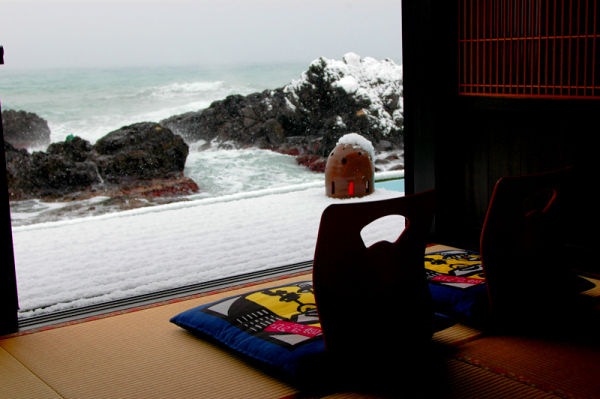 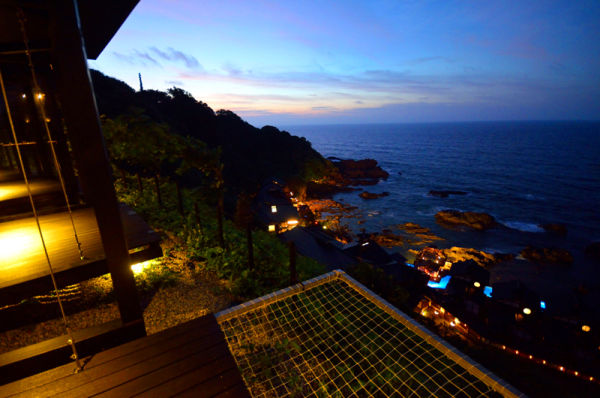 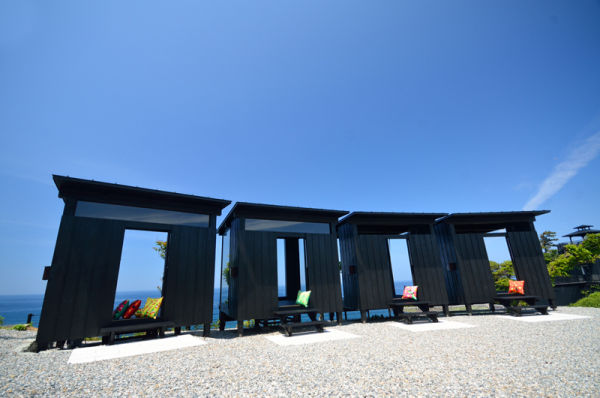 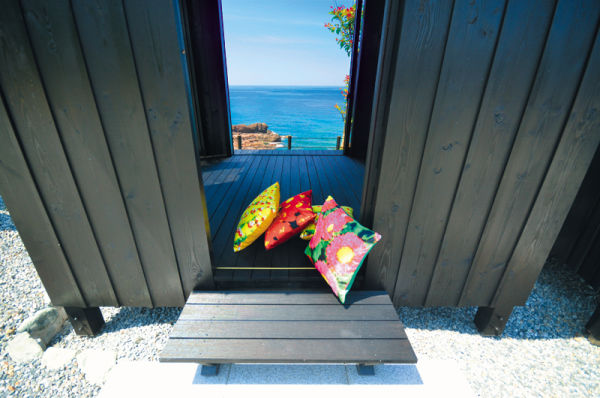 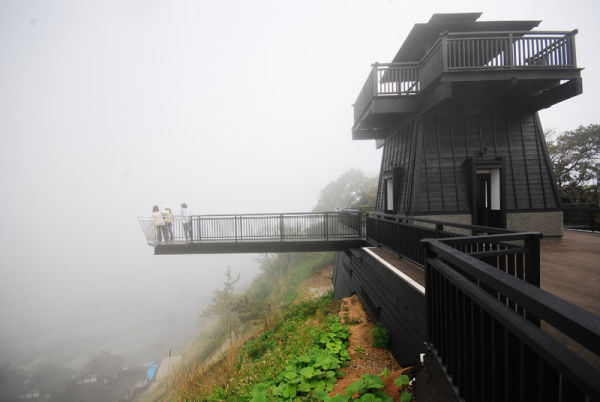 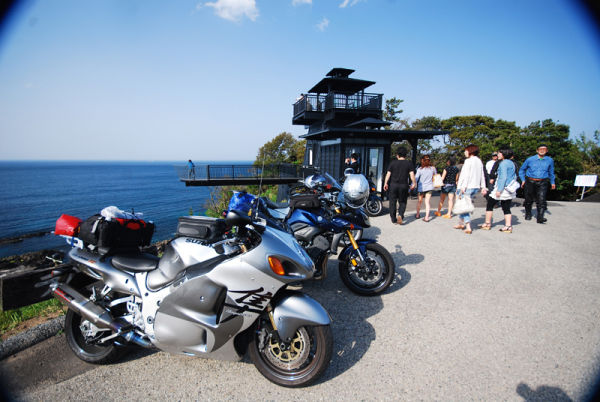 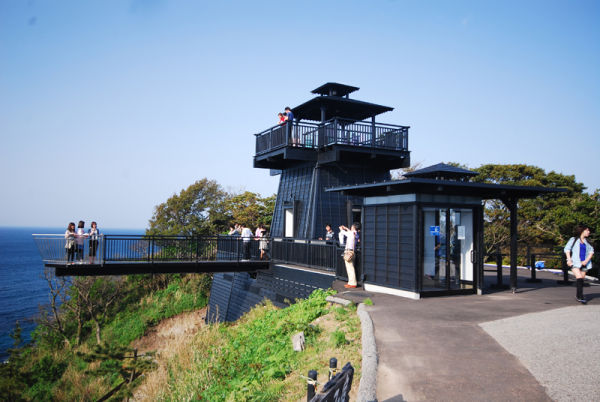 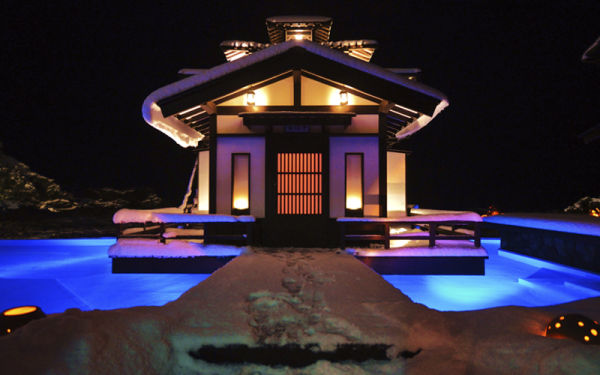 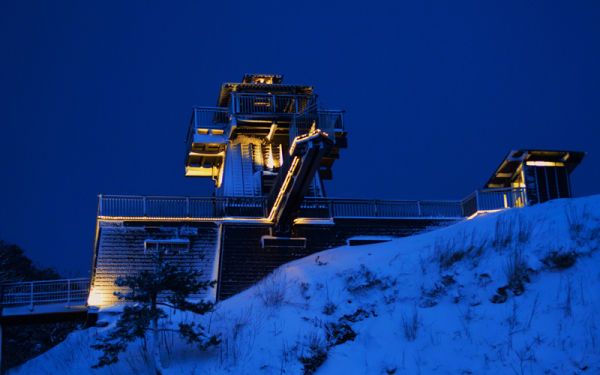 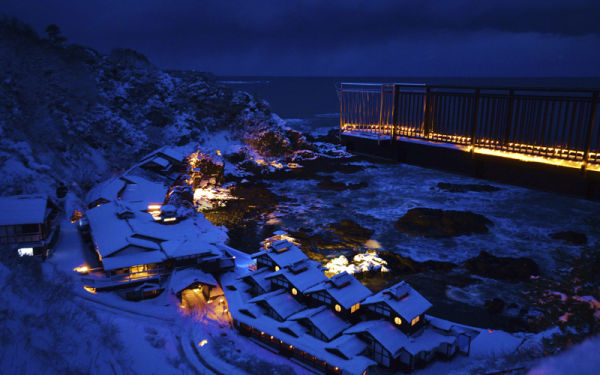 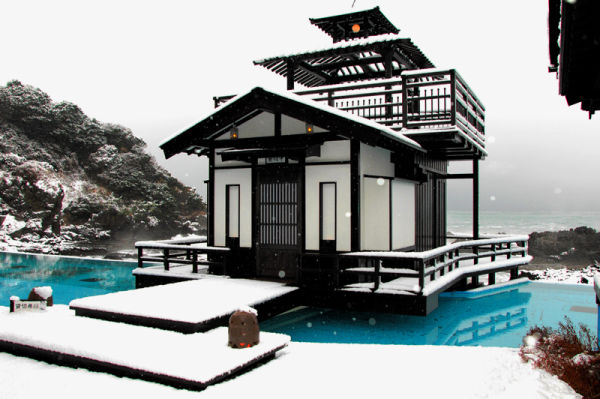 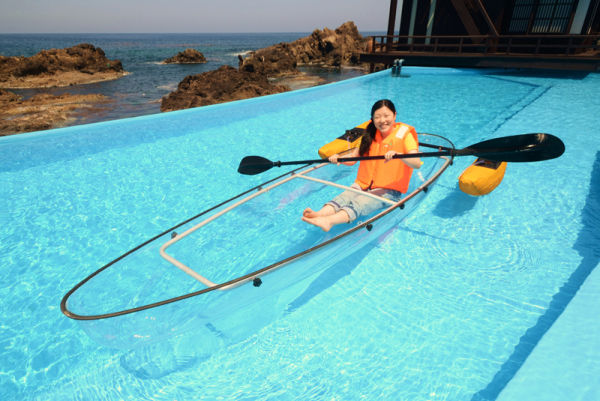